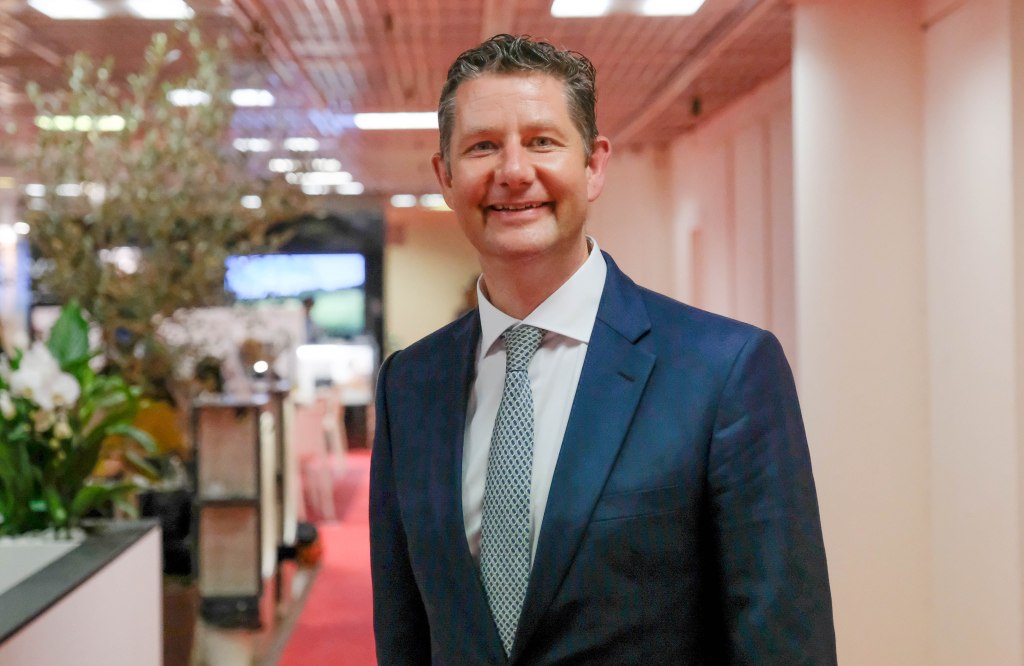 With a soft opening in July 2018, and a grand opening on 18 November, the new Four Seasons Hotel Kuala Lupur has been a couple of years in the making and today is the second tallest building in Malaysia. We met with the property’s General Manager, Tom Roelens, and asked him to tell us a little more…

It’s located right next to Petronas towers in a 77-storey building: quite striking in terms of skyline and visuals. I think for us as Four Seasons, it’s truly exciting because we finally have a second property in Malaysia after the first in Langkawi. KL as a destination is also growing substantially. The last time I had been there prior to arriving 18 months ago was 14 years back. At that time, KL had four million inhabitants, and now it’s probably close to seven million. So that energy that takes place in the city and the diversity that is celebrated with the Malay, Chinese and Indian cultures all feeding off of each other, that is exceptional. It’s an exciting time for us, but I think also for Malaysia in general. Everybody celebrates everyone else’s holidays. People have open houses for Deepavali, Chinese New Year or Hari Raya, and they enjoy each other’s food, and culturally the roots continue to run very deep. If you look at the Thaipusam festival for example, I was in awe last year. I think it is one of the deepest kinds of cultural festivals I have been able to witness, where people are just skewering themselves, and you have these processions taking place up to Batu caves and so forth…  That diversity, but at the same time the way everyone lives together and feeds off of each other in such great harmony here is creating a very unique melting pot. So, for us to open a hotel in this destination is very exciting, in terms of showcasing Kuala Lumpur specifically but also in terms of what Malaysia has to offer. This country has so much to offer, whether it’s KL as the gateway, Langkawi, Borneo… but many lesser known destinations, whether it’s Penang, Malacca, Ipoh, Terangganu, you name it, there is so much out there. We are excited to be here, we’re right in the heart of the city, and we want to showcase Malaysia. Over 90% of the artwork around the hotel is Malaysian; we made a point of that, whether it’s existing, well-known Malaysian artists, or up-and-coming Malaysian artists, in the guest rooms, the corridors, or the public areas of the hotel, you will see and feel that you have this strong sense of place that you are in Malaysia. That extends with some of the products and materials that are used the pewter walls, or references made to the hibiscus flower – the national flower, which has its petals all over one of our restaurants.  We also wanted to be locally revel relevant with our food and beverage outlets, so whether it’s a buffet restaurant or our cocktail Trigona bar for example – named after the Trigona Bee – a non-stinging Southeast Asian bee. The concept is that of taking the honey from the Trigona Bee and using it as the base of the majority of the cocktails we have. Our cocktail list is not available anywhere else in the world, and it’s all about using the roots, honeys, vegetables and fruits that are local and using that as the basis of all of our cocktails. We are working with the local farmers, being locally relevant to the folks that are coming in from Malaysia itself. Interestingly enough, we have been open for six months and the Malaysians are our number one market, which was unexpected. We have had a very strong start and it is unique for us in as we have a combination of hotel, serviced apartments for long-term residents, and then private residences as well, all managed by Four Seasons.

What are your key target groups?

We have been surprised in a positive way that the Malaysians truly have been “calling us home” whether it’s for staycations, or other people from other states visiting KL and staying with us. Beyond that, Singapore, then for international visitors, it has been the Middle East, the UK and the US, China, Hong Kong, Indonesia, Japan and Australia. I think those would make up the body of the top 10 of our audiences that we’ve seen in the early days. But we have also seen that while many people think of KL in many ways as a corporate destination, what we have seen is that there is a strong start in leisure. People are staying for several days in KL on their way up to Langkawi or to Penang or to Sabah, Sarawak and so forth.

Does Four Seasons have any other projects in the pipeline in Southeast Asia at the moment?

We do not immediately have any projects here, but we have a couple of projects in greater Asia, Bengaluru probably being the next opening. But the big news until very recently was us. Other than that, we have another property in Tokyo coming up. Bangkok is back on the map – I think about a year away if not possibly a little closer to opening in Bangkok.

What are the three USPs of the property?

Initially, you ask any developer they typically say “location, location, location”. I think for sure we have that, because there is not a better location in town. Secondly, it is showcasing Malaysia whether it is in the design of the property, the interiors, whether it is in the design of the public areas as well as the restaurants and rooms… And thirdly, I think in many ways, the people. We had 55,000 applications to open a hotel with a team of 400 to open the doors and we made a very conscious decision, that while many hotels will outsource and bring folks in from other parts of the world, we have chosen not to do that. We made a conscious decision that our service staff in the restaurant and security teams… all of the areas where many hotels will go and outsource, we wanted to be truly Malaysian. We want to have our guests, when they come to Malaysia, feel that they are IN Malaysia, and that extends to the location, the design, the people, and the cuisine. We really have made an effort to create that authentic genuine Malaysian hospitality.

How do you work with travel agents? Are there any particular advantages for them?

We have launched an initial opening of a third night free for all of our suite bookings, and that has taken off very well. Another thing we are doing is a combination package whereby because a majority of the flights to Malaysia come to KL, we’ve taken advantage of that to create a combination package with our property in Langkawi, and that has done really well. We have seen the European and UK market and even the Australian and US markets that have focused on this, and said, “Well, we’re coming through anyways, so let’s enjoy a couple of days in Kuala Lumpur.”

Does your concierge organise day trips out from KL?

Yes, whether it be in the city, or elsewhere… When we hired our concierges, we had them show us what the visitor wouldn’t typically be able to find by themselves on TripAdvisor. I think that really opened some very interesting conversations from a food point of view, whereby you learn about dishes and food options that a typical visitor would never be able to find. And the same of certain destinations. One example is Rumah Penghulu Abu Seman… it is 800 m away from the hotel the way the crow flies, but it is literally a traditional home surrounded by skyscrapers in a beautiful garden, where one can spend the afternoon. We can even cater there. You can bring 6 to 8 people and have a dinner in this Malaysian home. It is a different way of showcasing the city. People are also often not familiar with the cocktail bar scene, so we take them around town and show what is happening. It is a vibrant scene. And bar Trigona is playing right into that. We do not want to go directly for what was already available, but to show a different scene that people may not know.