The park, despite being remote (or perhaps thanks to its remoteness), is recognised throughout Asia as being a model in terms of management and infrastructure. We spoke to Jeffrey Simun – Operation Manager and Bian Rumei – Tourism Services Manager – Borsamulu Park Management – about the park, and its origins…

Jeffrey Simun: It’s a long story. The park was created in 1974, then officially nominated as a National Park in 1985, and that’s when the visitors started coming into Mulu. At that time, most tourists would come in by boat from Miri – a full day’s boat ride. People would leave around 5am and arrive here around 6pm… or sometimes around 9 or 10 at night. It was placed on the UNESCO World Heritage Listing in 2000.

How does the park management work?

JS: The park itself is owned by the state government. There are two agencies here – one is under the Sarawak Forestry Corporation, and we are the park management organisation run by Sarawak Tourism. We run the pathways, the tourism infrastructure, we also run the on-park accommodation, and all those are under Borsamulu Park Management – all funding is from the state government

Bian Rumei: The Sarawak Forestry Corporation are the ones who are monitoring the biodiversity and conservation aspects throughout the parks, so they are the ones who are monitoring the boundaries and any development within the park. We also need the approval of the Forestry Corporation for our activities. Jeffrey is more on the infrastructure side… whatever development happens with in the park, that will be handled by Jeff, while my part is more on the tourism side.

This is really a benchmark park for everyone else. The infrastructure is amazing when you see the kilometres of walkway and even the walkways in the caves it is a huge job. Tell us more about how this all comes together…

JS: there are five or six people working here in the park, or sometimes eight… not 30 or 40. It depends on which caves are open at which time, how we have to distribute the people working. All of the infrastructure like boardwalks were tendered to local contractors, and the work was divided into a couple of groups, sharing the profit from the contracts. Most of the workers are from Mulu itself. We have a longhouse village called Batu Bungan, and a lot of people from the local area participated in the construction. The boardwalk was constructed in between 1994 and 1997. Today, the construction is continuing, including the addition of a long boardwalk in one of the caves just a couple of years ago: Clearwater Cave. We wanted to get people walking in one way and coming out another for reasons of practicality. The one-way loop is better for the visitor experience instead of coming back the same way. When you look at the boardwalk, it’s also not that wide, especially in the Clearwater Cave and even in the Wind Cave it’s quite narrow.

How many people come into the park every year and is there an evolution in the numbers?

BR: Last year, we had around 23,000 visitors. We are of course hoping to grow that number, but too many people would not be very good, especially for the caves. There is a limit on the number of people who do caving in the caves where there is no walkway. Each guide can only take six or eight people. Last year, we had a lot of German visitors coming in. Germany has always been the most important European market for both Sabah and Sarawak. They generally stay between 10 and 14 days. This year again, there have been a lot of German visitors. The English are probably the second biggest group of tourists coming here today, followed by Australians.

When is peak season?

BR: Our peak season is in June, July and August and threw into September.

How do these caves compare to others around the world in terms of size?

JS: Clearwater cave is one of the biggest in the world. It is over 200 km long. But in terms of volume of space Mulu is the biggest in the world. There is one cave in the US called Mammoth Cave, which is over 500 km long, but most of the passages are quite small and narrow compared to Mulu caves. We also have the Sarawak chamber which is the biggest chamber in the world. We open it only for adventure caving. It’s about 3 to 4 hours walk forest track, and then about two hours into the cave. It’s about 600 m long and about 400 m wide and 100 m high, but once you’re inside you don’t really see how big it is, because you’re surrounded by huge boulders. The Deer Cave is the largest cave passage in the world. 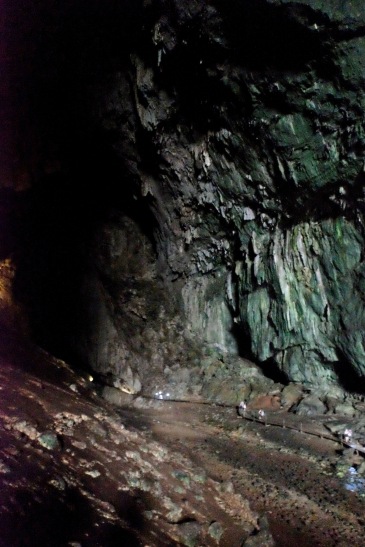 You still have a lot of researchers coming here every year. What are they generally looking for?

BR: last year and this year in January they were looking for connections. Clearwater is the longest cave, and they are looking to see if it is even longer. It is already the longest cave system in Asia. There is one next to it called Resa Cave and the other one is called Lagang. By looking at the map, these caves are very close to one another, so they assume that there may be connections between them.

What other research are they doing? They are still finding new phone and Flora?

JS: Yes, especially in the Deer Cave, there are a lot of insects living in the guano. There are still many species that have not been discovered yet and we have had people studying guano to see how thick it is and what is living in it. A study is currently underway on plants. The National Geographic Society comes regularly. Last week, we had a group from the society visiting, most of them aged around 50 or 60, just to visit the caves. We do have people doing research on dragon flies and the damsel fly. They both look the same but they are in fact different. There are also studies on fish. We also have someone studying limestone snails. In the next year at someone will also be doing studies into the ants in the caves. We have a laboratory on site that researchers are able to use. The ant researcher is coming from Germany and will be staying for about a month. The researchers looking for the links between the caves come around every year. 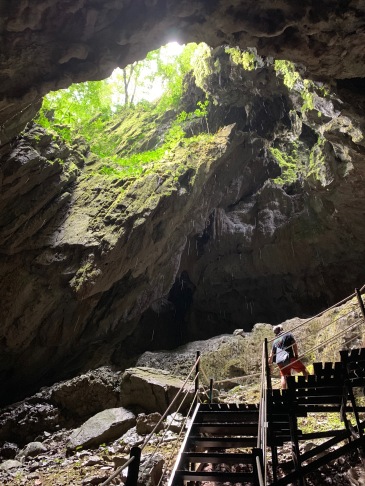 Tell us a little bit about the guides here.

JS: We depend very much on the guides. When a guide is leading a group into the caves he or she is not only an interpreter, getting people to understand the nature, but we also need them to act like rangers, to teach the visitors to keep their litter and rubbish for example. The park employs about 20 guides and there are a number of freelance guides working permanently with travel agencies, so I could say around 60 guides in total. To be a guide, they have to attend a course which is run by the Sarawak Forestry Corporation for 21 days, and Borsamulu runs a course which lasts around 10 days, very specific on the park product. We are looking at the geology of the caves, the flora the fauna, and then they have to attend an exam. And only once they pass the exam can they obtain a license, following which they also have to attend the first aid course for three days. We also send our staff to attend advanced level first aid courses. This is especially important for attending to people who are camping overnight somewhere in the park or in the caves.

Tell us about the canopy walk. What makes it different from other canopy walks in Malaysia? 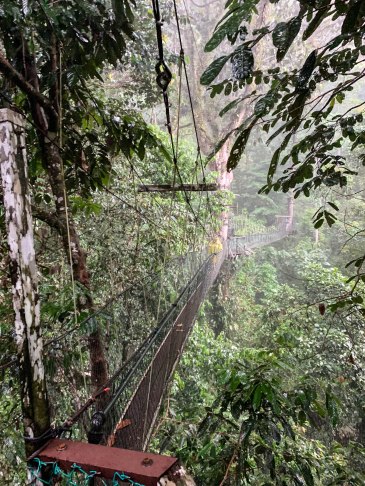 JS: It was built in 2007, and the difference is that we designed it as a package tour. We only allow eight people as a maximum. The guide helps visitors understand the forests and the plants and why some plants are living there. From what I know the one in other areas people just come in and out when they want but this one is designed as a tour. At 480 metres in total length, it is also the longest tree-based walkway in the world.

Do you have any specific programmes for children?

BR: We have an education and awareness officer who is specifically dedicated to working with children… She comes from Ireland. We have a lot of Malaysian school groups, but she also works with children from other parts of the world. She has been running programmes for a number of years. We are doing a lot with the Batu Bungan School nearby. We are also visited by other local schools. About 20 schools regularly visit the caves. Children who are even six or seven years old can come and take part in the programme.

Why do you believe people should come to the Malaysian rainforest parks rather than somewhere like central America where there are also beautiful rainforests?

BR: We are on a similar parallel, so the forests are also dense and diverse. If it were just for the forest it would probably make little difference. I think the difference is made by the communities. Of course, the species of plants will be different, and Borneo is particularly diverse in terms of biodiversity, but the culture here is what makes up the difference. And of course, King Kong was found in Borneo (smiles)… but sorry to disappoint you, while there is no King Kong here, there are proboscis monkeys and orangutans and the wild man of Borneo… And there are no head-hunters anymore. Here there are many different tribes with many different cultures and we are doing our best for the people to keep their traditions even though they may not dress in their traditional dress all the time. They dress like that for the festivals of course. In Sarawak, I think we are quite fortunate that we do not have reserves as you can find in America. I feel we are more fortunate that the system is in place where we don’t need to put people in all communities in reserves.

Overall, UK visitors are the number one inbound group to Sarawak’s National Parks (apart from West Malaysians), with 2,719 visitors in 2017, a rise of 10%.

With its “cast of millions”, what a performance! Each evening, between 5 and 6:30, around three million bats stream from the Deer Cave, spiralling across the sky (weather permitting).